Thank goodness my second day walking the Thames was a happier one than my first.  I pondered why – was it that the walk was intrinsically more appealing to me? or was it that my mood was more positive and I was therefore less inclined to dwell on the negatives and miss the positives?  Or maybe a combination of the two?

Whatever, I had a lovely day.  The train got me to the sleepy tiny station at Marlow just after midday, and the river was close by.  The path kept to the river almost all the way, with only a few stretches where it was a garden strip away (with high hedges and gates shouting ‘keep out! Private!’ just to make the message clear.  The weather was good, and my trusty (old) guidebook still remarkably accurate and informative. 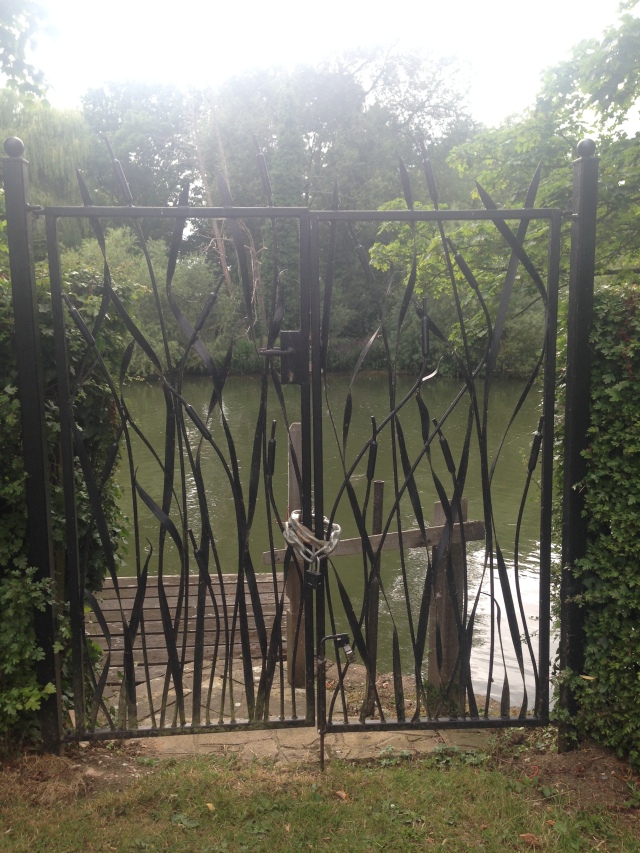 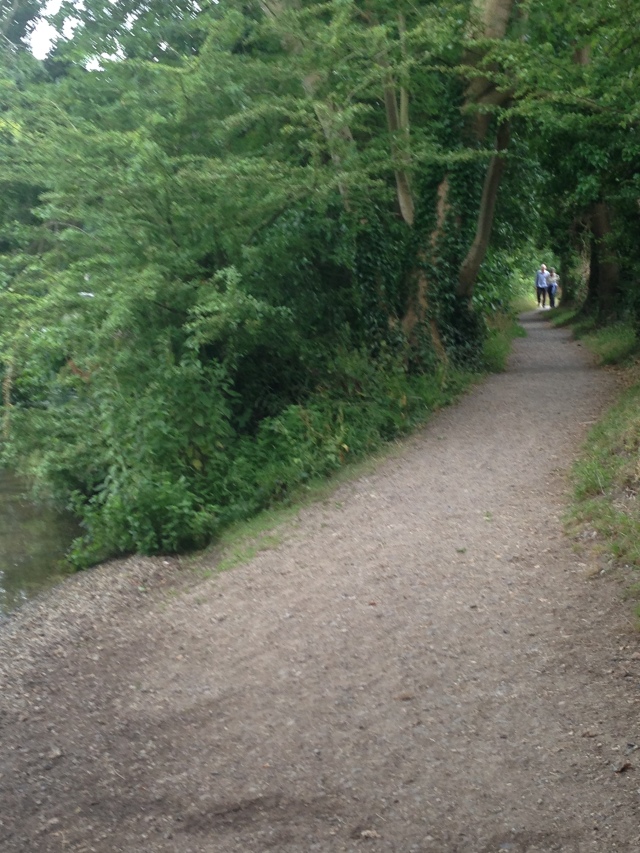 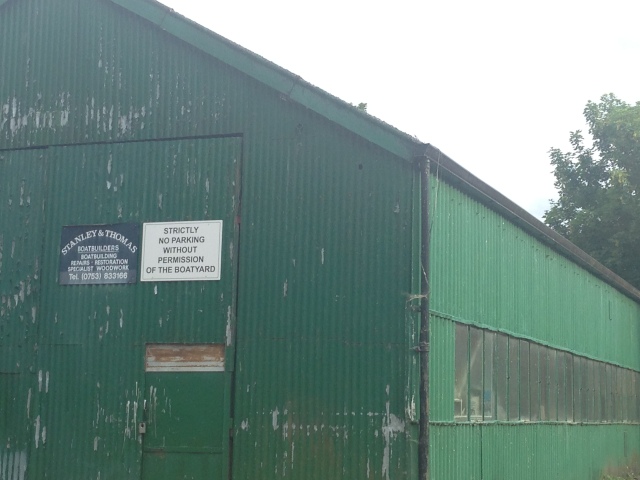 I must say more about the guide book, because just yesterday I realised that the man who created this wonderful path, and who wrote my guide book to it, died in April 2015.  His name was David Sharp, and you can read his obituary here.  From bits and pieces I’ve managed to find out about him online, he sounds like a remarkable and inspiring person.  In particular, I read this about him in the obituary in his local (Barnes) newspaper:

He was offered an MBE after the path opened in 1996 but found it at odds with his political views, so turned the offer down.

Because of this book, I knew when I was walking across a piece of common land that has been continuously grazed since 1272 (Cock Marsh).  I knew that I would be walking through Cookham and should allow enough time to look around the Stanley Spencer Gallery.  I learnt that one of the bridges was really there to carry gravel across the river for the gravel works and was not primarily the foot and cycle path across it appeared to be.  I knew that when I rounded the next bend in the river, I would see a small chapel that had been there since the 12C in one form or another.

I enjoyed the walk so much more than I would otherwise have been able to, first because of the work he did to get the path established in the first place (and it’s so well marked now), then because of his meticulous research and clear writing for the guidebook. 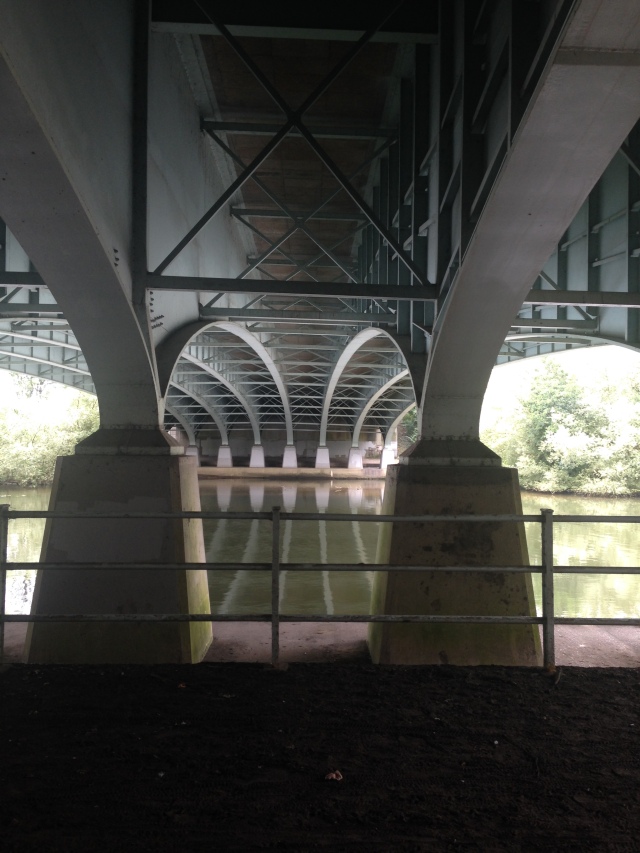 Underneath the M4, near Maidenhead

Summerleaze Bridge, built to carry gravel on a conveyer belt beneath the walkway 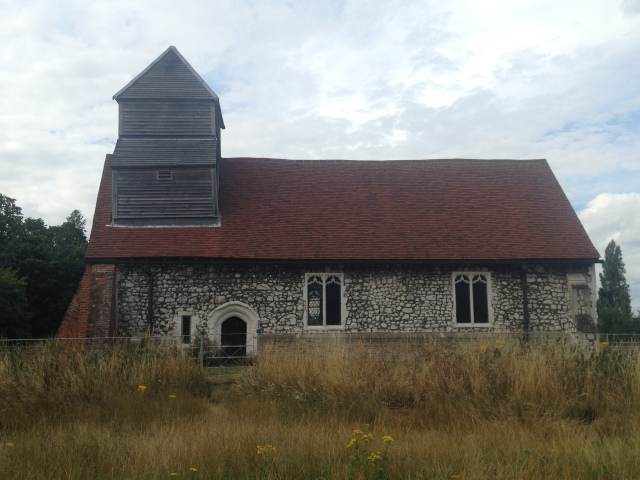 It’s people like David Sharp who inspire me to believe (know) that change is possible, that we can achieve far more than we might ever have thought possible.  A heartfelt thank you to him and his ilk.

For example, a thank you to the Friends of Friendless Churches for rescuing St Mary Magdalene Chapel (and others like it) – who knew that such a group existed?

And then there are the surprises that just happen to be there that day.  On this occasion, the ripe wild plums I picked and ate along the way; the tree pit planting outside a house in Cookham; and a golden boat across the river in Bray, at what looked like a massive party.  Which I later learnt was the Gloriana, a Rowbarge built for the Queen’s Jubilee celebrations back in 2012.  Of the three, the tree pit flowers gave me the most pleasure, but the boat gave me a definite ‘WTF??!?’ moment and a good giggle. 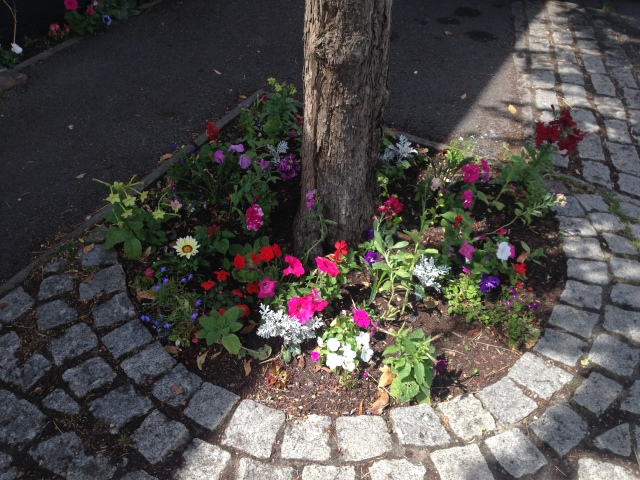 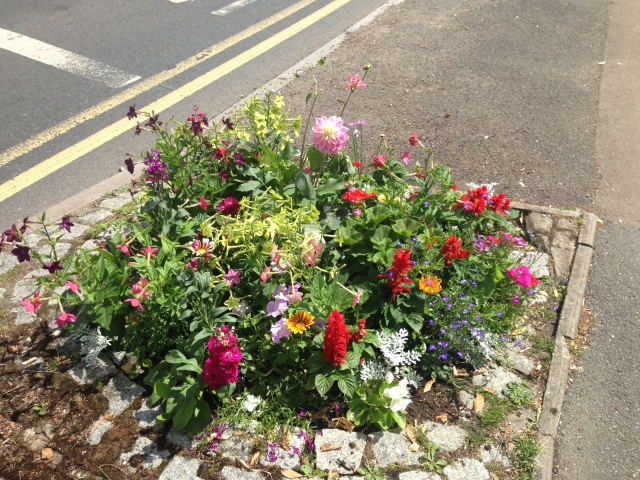 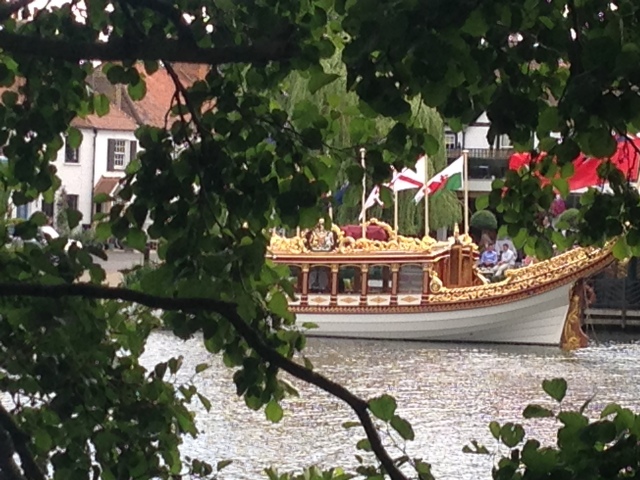 Now I've passed 60 I'm still doing all sorts of things I haven't done before, as well as carrying on with the things I already love. I live a happy life with my long term love Malcolm. In my blog I explore local and low tech ideas, food, growing, making, reading, thinking, walking, and lots of other words ending in 'ing'.
View all posts by deborah @ the magic jug →
This entry was posted in 60th year, Community, Inspirations, Reflections on life (and death), Seeing differently, Travels, Walking and tagged Active travel, Community, Coping, David Sharp, Living, Reflections, Simplicity, Thames river walk, Walking. Bookmark the permalink.