Last week we had another free day and decided on a new (to us) walk: from Bath to Bristol on the River Avon path all the way.  We’ve walked from Bath to Bristol before.  We’ve walked a few sections of the river path before.  We’ve never done the whole thing before, and we were astonished to find all sorts of lovely places we didn’t know about – despite living in Bristol or Bath for well over 30 years.  It just goes to show what you can find on your own doorstep.

Along the way we saw several interesting, surprising, puzzling, or downright odd signs.

As we left Bath, we spotted the sign above.  He may well have walked this path: he lived in Bath during that period, in exile, in a house not far from this post.  I think there are other more permanent-looking memorials to his residence in Bath.

The sign above was on a building opposite the former Cadburys chocolate factory at Somerdale, near Keynsham, on the opposite bank to the factory.  The business was originally owned by the Fry family, then taken over by Cadburys.  The factory on this site was completed in 1935 and in its heyday employed more than 5000.  It had its own power station and railway sidings.  When Kraft bought the company they pledged that they would keep it open, but it wasn’t long before they reneged on that pledge and closed it down in 2011, to much local dismay.  The site is now being redeveloped and the noise of the demolition and building works could be heard for quite a distance along the river path (which was nonetheless very lovely to walk along). 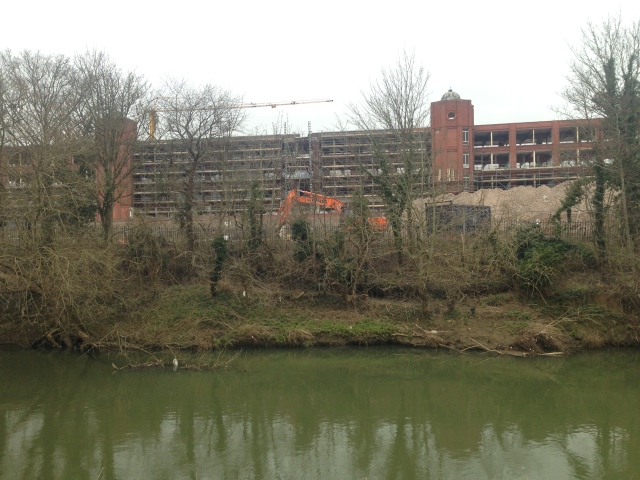 Just over halfway there (below). 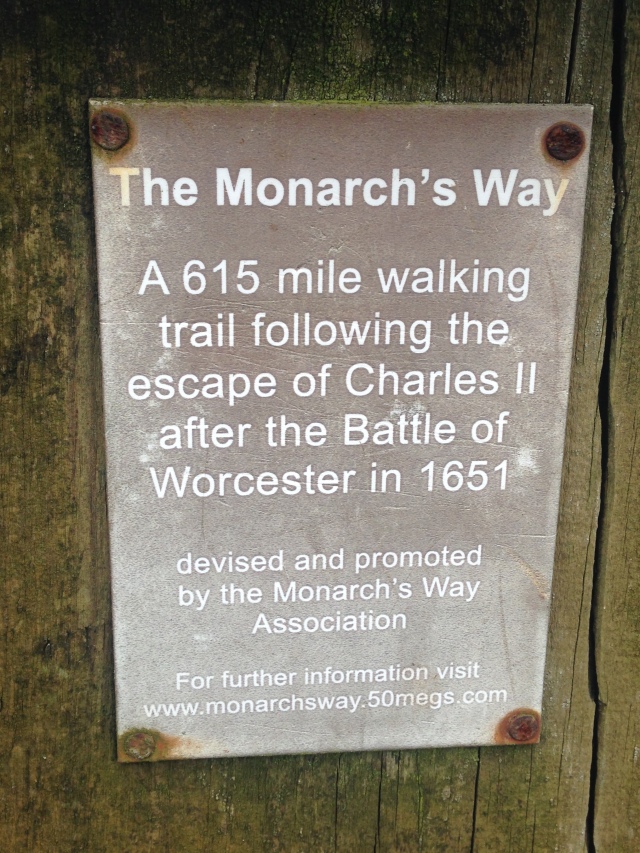 Further along, we came across this sign (above).  We’d never heard of the Monarch’s Way before.

Signs weren’t confined to eye level.  This one (above) was fixed high up on a tree.  We had to get closer to read the small print, and were left none the wiser. 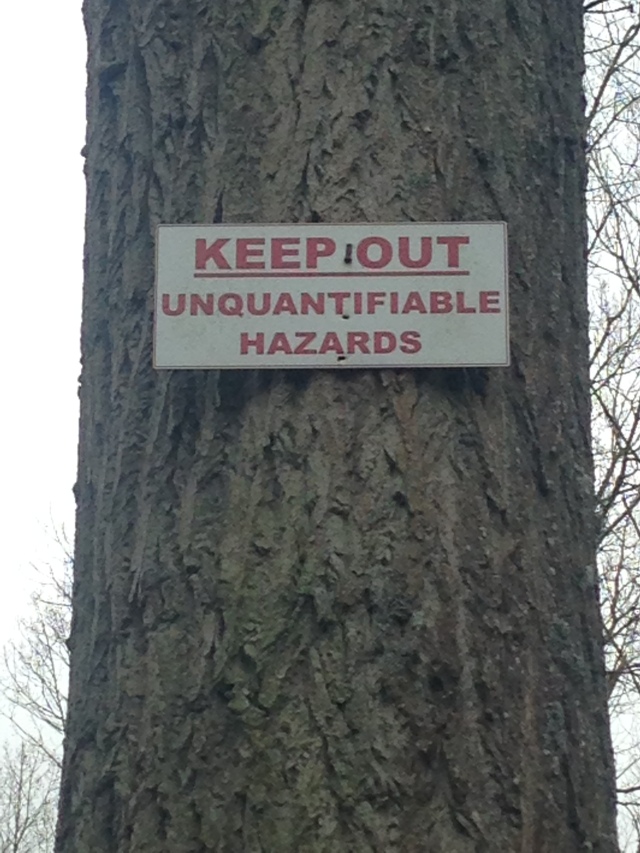 But at least it was clear what the sign referred to; 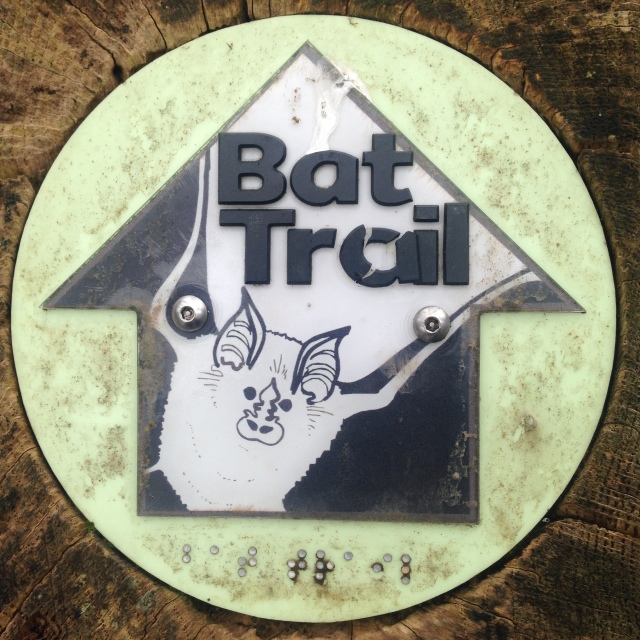 Which was more than could be said for the sign below. 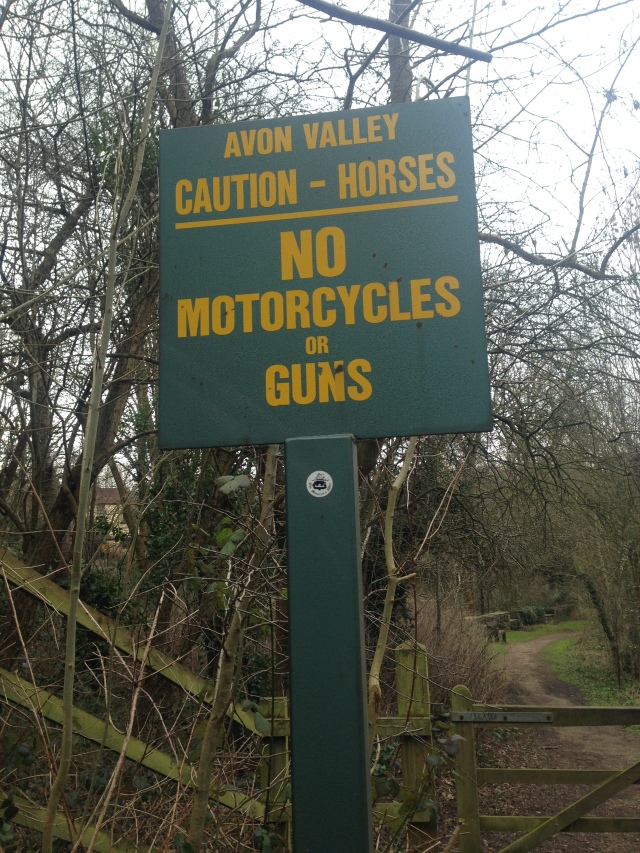 We never did find out what that was about.

As we walked into the start of Bristol, we saw some interesting wall art, some still works in progress.  They brightened up a long dull wall. 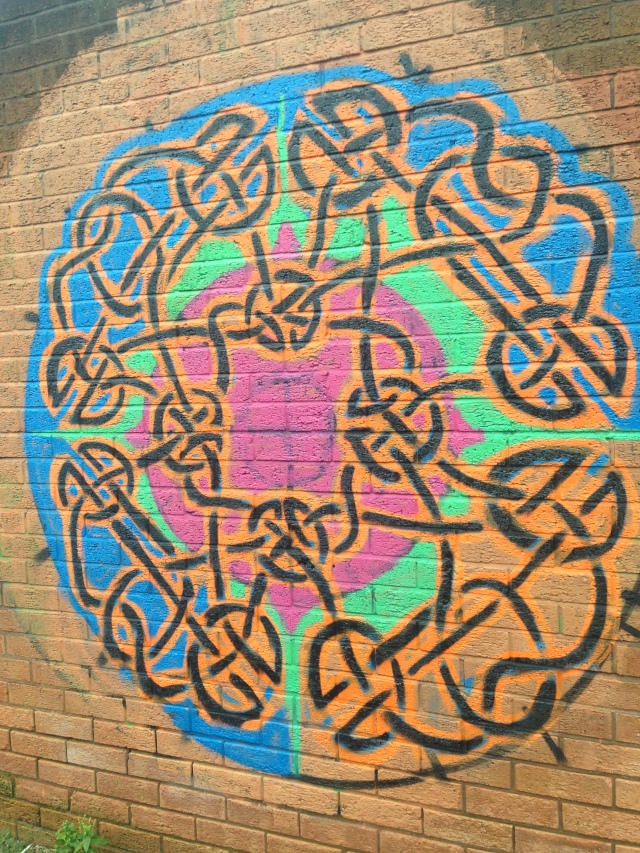 And we saw one of the few remaining old factory buildings associated with the river in this part of Bristol (below).  It was originally a galvanising factory and was built mid C19.  It’s a very very long building. 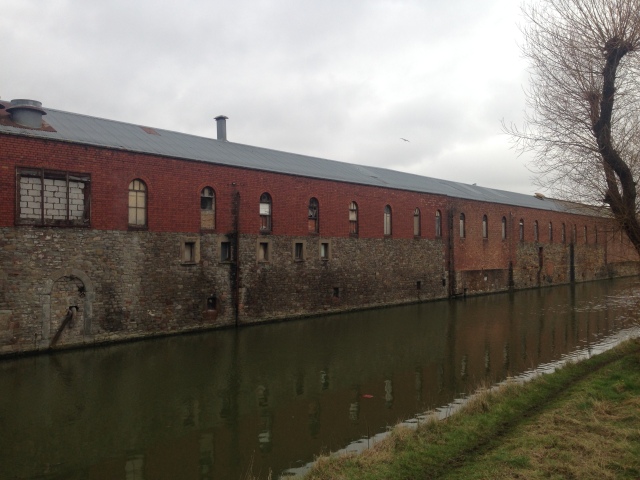 And we saw a couple of local heroes who just happened to be hanging around.

We walked about 18 miles in all (we only went as far as Temple Meads Station, where we got the train home).  Across farm land, urban sprawl, woodland, nature reserves.  Seeing factories old and current, wall art, animals wild and farmed, birds (lots and lots), people enjoying the river, boats, locks, weirs, pubs, a river tea garden, the Sustrans Railway Bath to Bristol Path, and so much more.

“It beats being in the office!” he called out

Finally, before I go, I won’t be forgiven if I don’t add that the alternative title for this post is ‘Malcolm’s Genius Walk’.  Because the walk was his idea, it was a great walk and one we’ll certainly do again.  It really was a genius walk.  (Now I’ve said it, I think I qualify for a slice of cake).

Now I've passed 60 I'm still doing all sorts of things I haven't done before, as well as carrying on with the things I already love. I live a happy life with my long term love Malcolm. In my blog I explore local and low tech ideas, food, growing, making, reading, thinking, walking, and lots of other words ending in 'ing'.
View all posts by deborah @ the magic jug →
This entry was posted in Bath, Climate change, Frugal, Local, Nature, Reflections on life (and death), Seeing differently, Travels, Walking and tagged Active travel, Bath, Bristol, Bristol to Bath Railway Path, Local, River Avon walk, Simplicity, Street art, Walking. Bookmark the permalink.

2 Responses to Signs of interest