Oh my goodness, I can hardly believe how long it is since I posted.  There is SUCH a lot to catch up with.   Which I shall do gradually, over time.

First of all, I need to talk about our June Gap Year adventure.

We went to Denmark.  And what a  wonderful time we had.  Can I call it an adventure?  well, I’m not sure, but in a way it was – we’re still trying on this ‘retirement’ malarkey for size, and seeing how it feels, so in some ways everything feels like an adventure.  I knew I was returning home to just two more working days, and that gave an extra excitement to everything, because now anything (or almost anything) is possible.

Most of the photos below were taken by Malcolm.  But I suspect you won’t need me to tell you that, they’re several cuts above my standard. 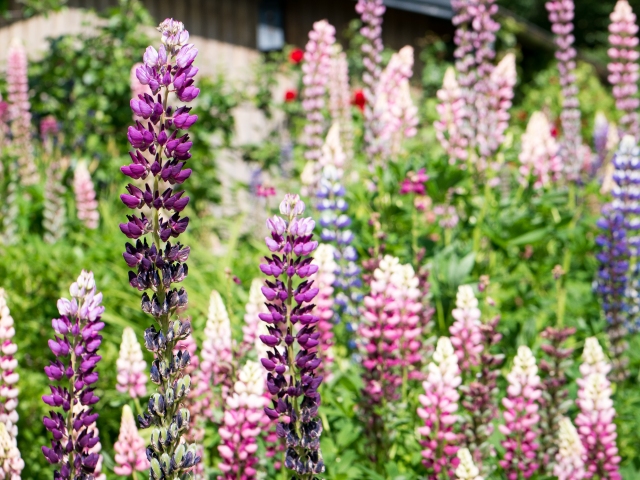 It was a trip of two halves. 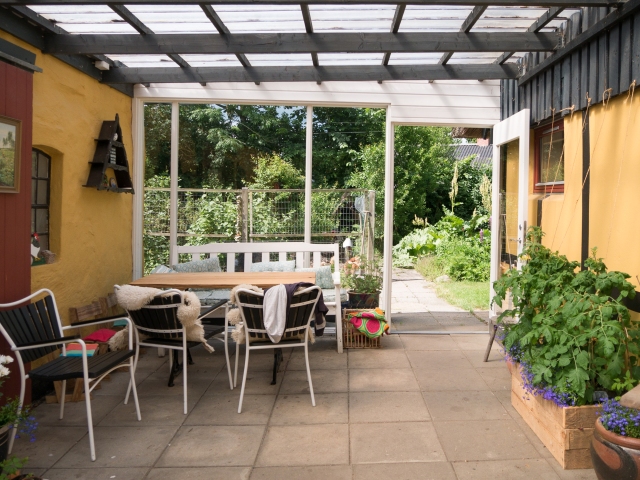 We spent the first few days with our friends at their house, enjoying just being there with them – but also enjoying our usual round of visits, local trips, and time with our Danish ‘family’, with the usual (high!) standard of Danish hospitality and hygge. 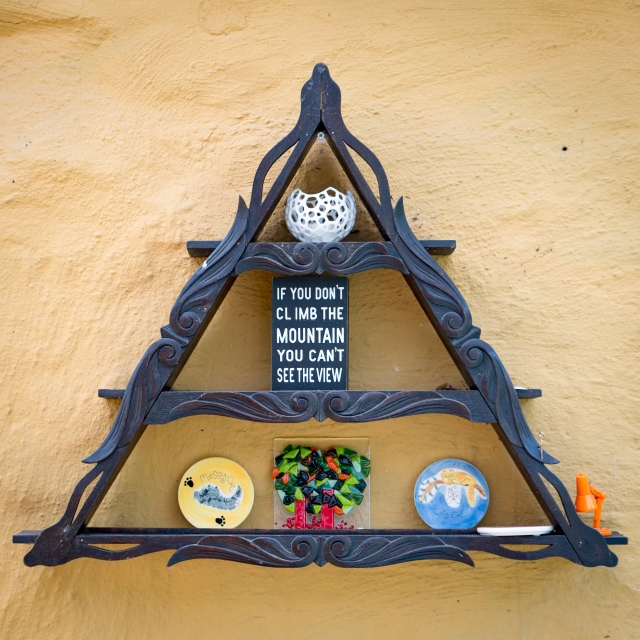 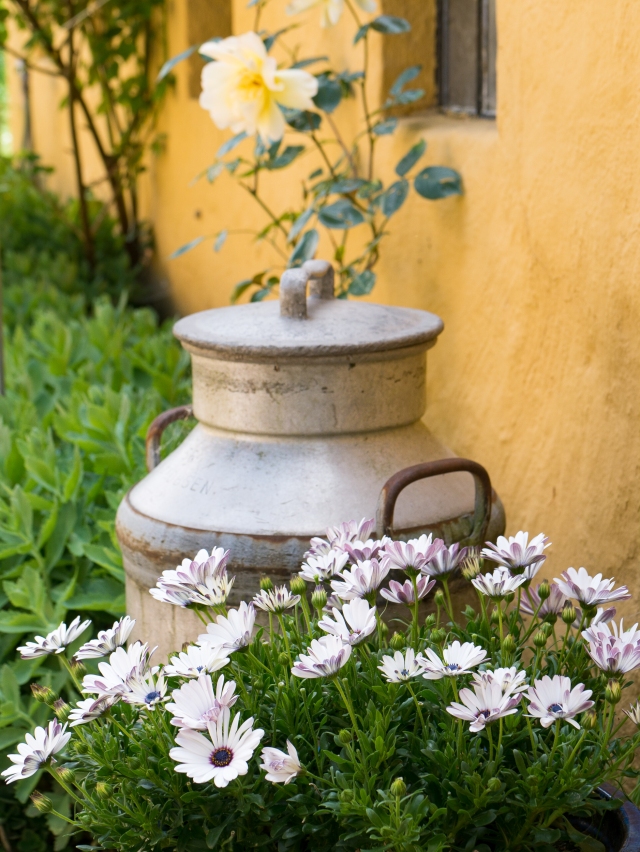 Malcolm and I spent a day together exploring Aarhus, and fell in love with the place (again).  We mooted the idea of me maybe going there to study and live for a term, an idea that had to be put on hold some years ago when parents needed us to be around.  We’ve been gently exploring and poking and prodding this idea since our recent visit, and I think a core of a germ of a plan might just be forming.  I’ll let you know where it ends up, if it sticks. 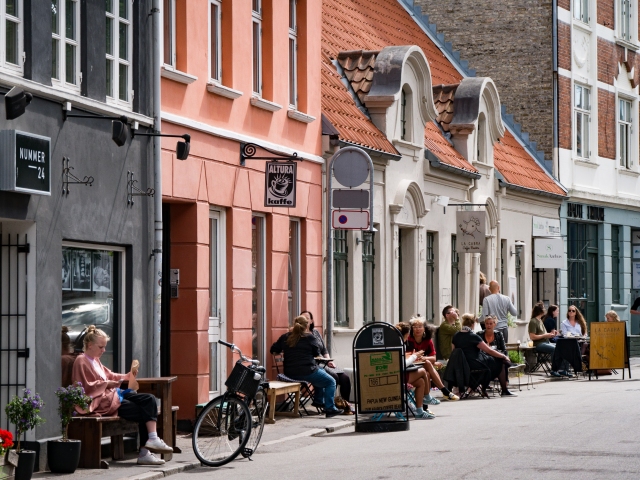 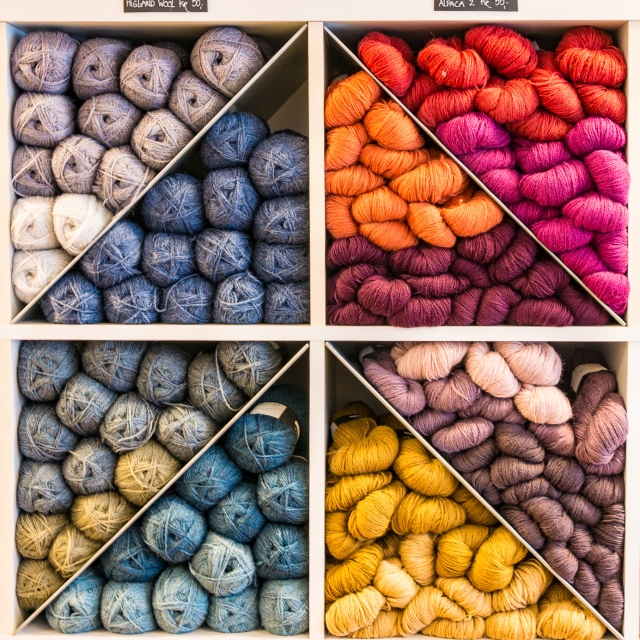 Of course there was a yarn shop to visit. Strik in Aarhus

For the second half of the trip, we went to a house they had rented on a small island off the west coast of Jutland.  Fanoe. 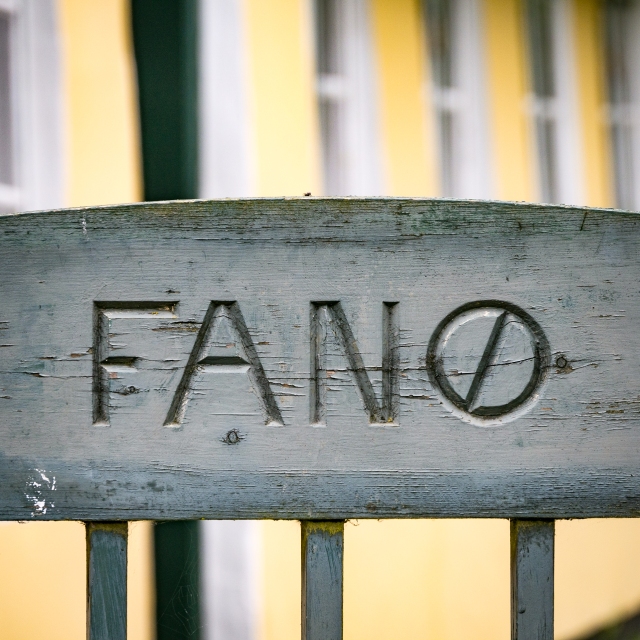 We thought it would be impossible to beat the beauty of of the places they’d already taken us in years gone by, but we were wrong.  This island was just perfect: very peaceful, very gentle, very quiet, very beautiful.  Even the weather was (mostly) spectacularly good, and very different from the wet weather forecasted. 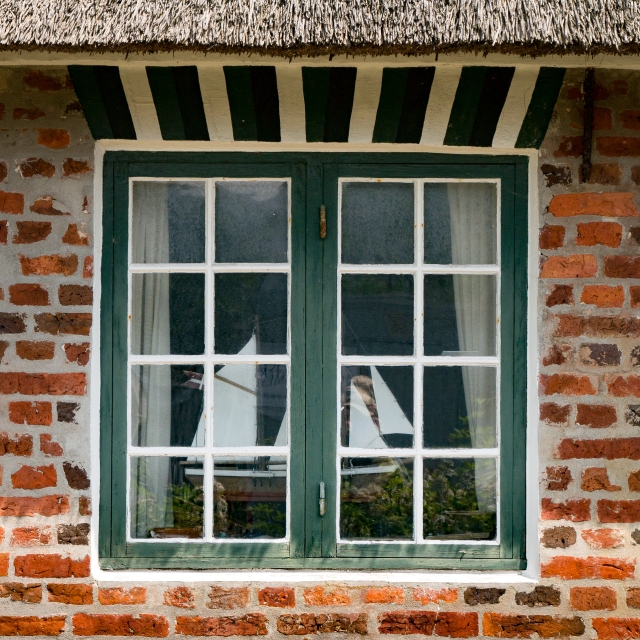 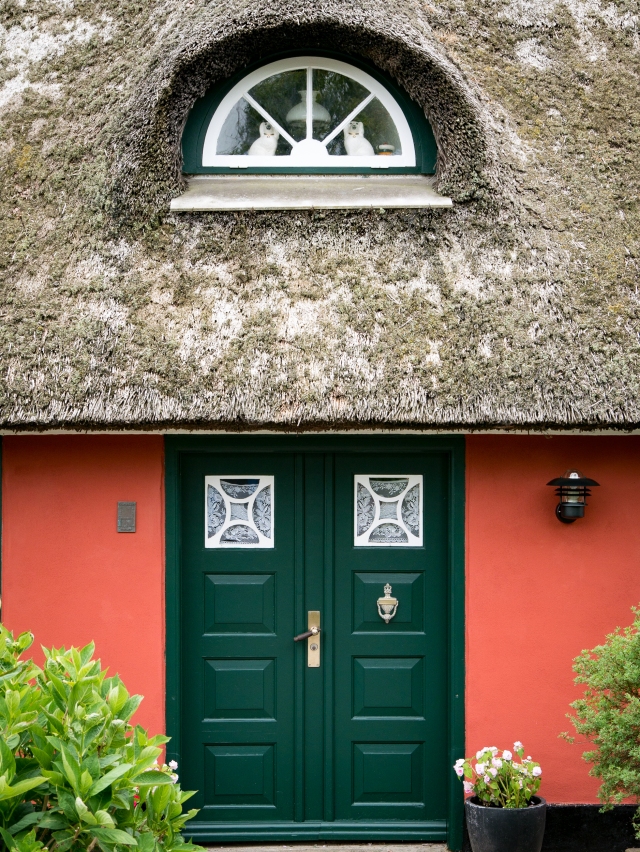 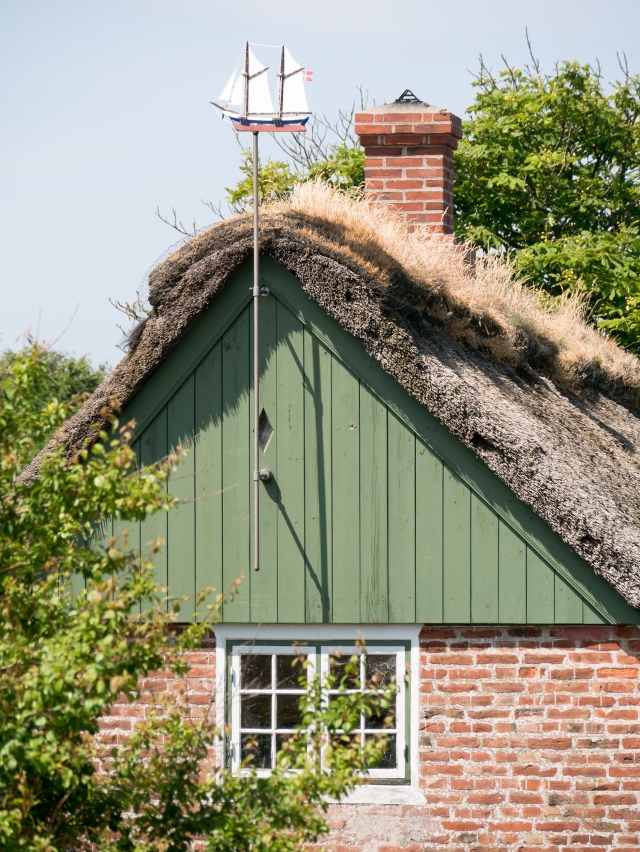 It was a celebration of her 60th birthday, and included the Danish side of their (our) extended family.  The week they had booked the house for was one of comings and goings – the four of us to start with, later joined by his two brothers and their partners, who each left one or two nights later, leaving just the four of us again.  Then the ‘girls’ and their husbands and children arrived.  And then we left them all there for the last few days, as we needed to be home for some work commitments. 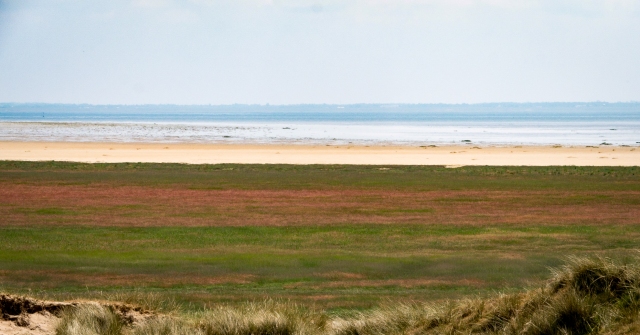 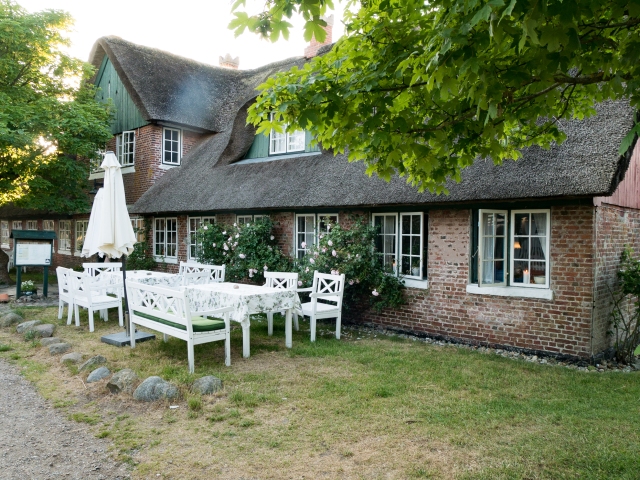 So lovely to spend time with our ‘not nieces’ and their growing families.  One of the benefits of having known each other for so very long (she and I since we met at secondary school) is that we have grown up together, we’ve known each other’s partners for as long as we’ve been together, our children have grown up together.  We’ve known the brothers and their families almost as long.  They feel like family to us (but without the baggage most families accumulate and carry around).

On the island we mostly took it in turns to cook the evening meal, aided by the fish van that came every day outside the local shop – run by a Dane who knew the English name of every fish and gave us good advice on how to cook it.  And we had fresh home-baked rolls every morning.  Baked by me! – the ‘fruits’ of a master[mistress?]-class I demanded from her – she had been baking all our breakfast rolls while we were at her house, and despite baking all our bread at home for decades, I’ve never managed to back rolls as light and delicious as hers.

And now I can authentically produce delicious Danish-style home-baked rolls for breakfast, and know it to be true when she says “oh it’s really easy, they take no time at all”. 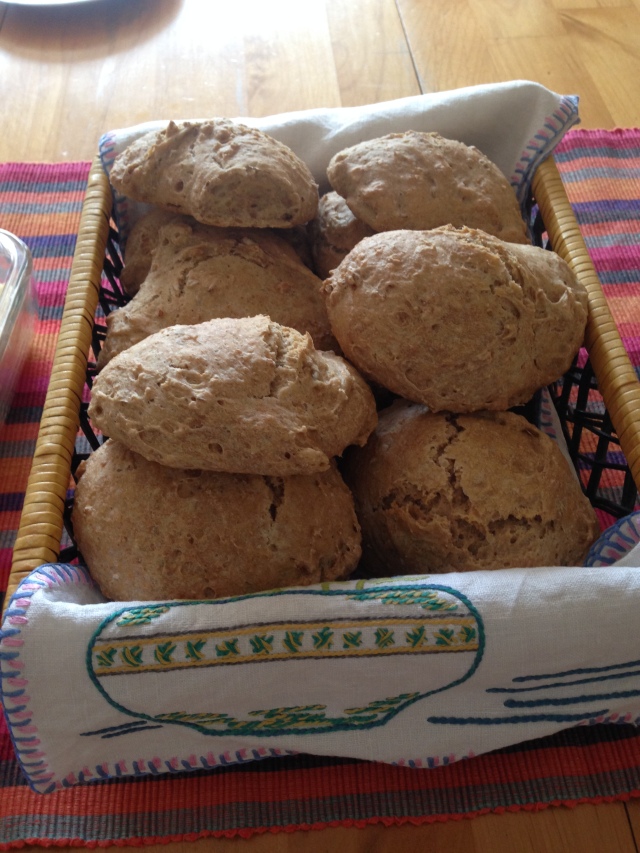 So this week, when I had an early morning ‘business meeting’ at home, I promised the person I was meeting with fresh rolls to go with our coffee.  He was a bit surprised – we’ve never met before and he said that he’d never been offered rolls before.  So maybe this will be the start of a new trend. (They were, by the way, delicious.  Though I say it myself….)