It seems that much of what I’ve written this month is about the choices we make.

So much listening to do this month, what with local (mayoral) elections and the General Election next month.  Not to mention the French presidential election.  Many people felt that ‘Brenda from Bristol‘ got it just about right.  (“What, another one?”).

Still, we were honoured to be involved in an initiative led by Brendan Cox, widowed husband of the MP Jo Cox who was murdered almost a year ago during the campaign leading up to the referendum.  He asked for all the political parties to pause their campaigns for an hour on Sunday 21 May, and for candidates from opposing parties to join together and visit a local voluntary project – a real illustration of Jo Cox’s assertion that we have more in common than sets us apart. 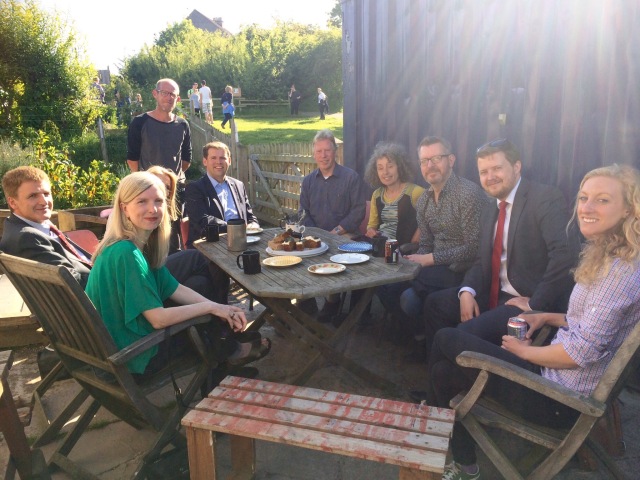 ‘more in common’ at Bath City Farm (with cake and sunshine)

Our local Bath parliamentary candidates chose to visit Bath City Farm, and some of the trustees were part of the group that welcomed them, gave them a tour around the site, and of course provided tea and home-made cake.  The place was buzzing – a local Mencap group had booked the site for the afternoon for their spring celebration so there were even more families and young people having fun in the sunshine than usual.

It was a moving experience to take ‘time out’ with the candidates and remember a woman who was deeply committed to improving life for her community, but who was killed in her prime.

Like it or not, we must engage with this election.  We must listen and weigh up the options.  Above all, looking at the demographics of who voted in the referendum and who stands to win or lose, we must do all we can to encourage the young (and everyone else) to actually get out there and vote.  However they choose to use their vote.   And that’s something each and every one of us can do, in our own circle of friends and acquaintances.

I can’t let this moment pass without reflecting on the horrific bombing in Manchester.

What has that got to do with taking control? you might ask.  Well, it seems to me that terrorism is all about infecting us so deeply with fear that we change our habits and undermine what we hold dear.  So for me, taking control is about refusing to allow that to happen.  It’s about sticking with your plans to go to that gig in a large stadium; about making that trip to London to see the sights; about going into town when there are crowds around.  It’s about acknowledging the fear, but doing what you were going to do all the same.

As for Manchester, well, what an example the Mancunians have given us of just how to respond to a horrible, terrible event with love and with dignity.

No words could say it better than those of the poet Tony Walsh, in his poem ‘This Is The Place’.  His passionate reading of the poem at the vigil the very next day was so utterly right.  So powerful, so full of love and pride for his city, and so very moving.

If you haven’t yet heard that reading, I would urge you to listen to it here.  I promise you that, while it may bring tears to your eyes, it will also fill you with hope and help you to see the way to take control.  Me, I keep going back to it.

As the man says, choose love.

The month since I wrote my April update has been a busy one.

We had our Farm AGM, which was a sheer delight.  Have I ever said such a thing before about an AGM?  Nope.  But this was something very different.  It was an opportunity for those of us who are trustees to meet with some of the staff and some of the members – a mix of regular visitors, supporters, neighbours, volunteers.  Including many who use (or have used) our services. 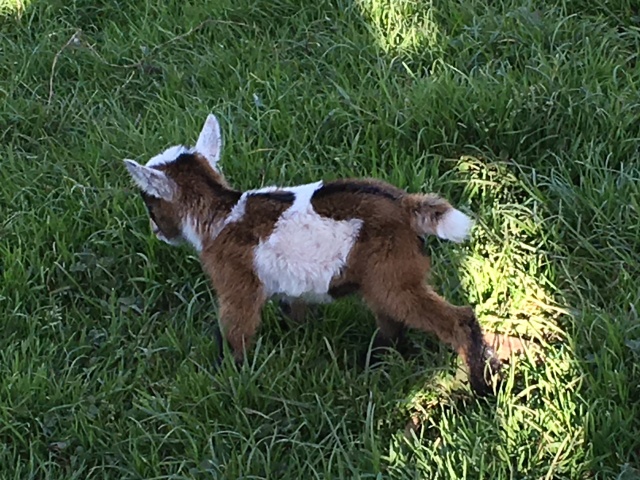 We did the formal business, and made some good decisions about the future direction of the organisation.  After that it was lovely to have some informal time for chatting together as we were treated to a guided tour of the farm and a delicious home-cooked lunch.

I met some inspiring people and heard some inspiring stories.  I came away feeling even more than before privileged to be part of such a brilliant project.

This is a local project aiming to change the world one pansy at a time; one front garden at a time.  It can be replicated anywhere.  It doesn’t require much resources.  It has been done lots of times before, and will be done many more again.  You could do it where you live.  A simple idea, with impacts beyond the immediate effect of improving the appearance of the area.

4.  LOOK AFTER THE PLANET

In the context of todays’s global and national politics it is easy to feel overwhelmed with hopelessness at the prospects for the future of our environment and therefore our children and their children.  And yet the paradox is that if we allow ourselves to be overwhelmed in that way, we surrender that future to those who will despoil it.

The big question must therefore be, how can we retain hope, and therefore the strength to act?

For me some hope lies in the fact that across the world there are individuals and groups of individuals willing to take on the difficult stuff at their own local level and just get on with it, often despite what it happening in the bigger scale.

The internet is just a tool, and like any other tool we can use it well or misuse it. One of the really good uses is to connect us with other like-minded people hundreds and thousands of miles away, people we would never otherwise have access to.  And thus we have access to so much experience, expertise, enthusiasm, and learning that would otherwise not be accessible to us.

Here are just a few fascinating and inspiring websites I’ve learnt a lot from that you might also find interesting.  Maybe you could share your favourites back.

Strongtowns.org – this website is for people who want to make their cities and towns more ‘liveable’ places, but it’s about doing it ourselves not waiting till ‘they’ do it for us.  I’ve read some interesting articles there.  Some I agreed with, some I didn’t find relevant to my life, but all stimulating and energising.

frugalwoods.com – this is different from the kind of blog I normally read, but it’s definitely grown on me.  The ‘Frugalwoods’ are a young-ish couple in the US who’ve chosen to live a frugal life to enable themselves to live they want to.  Bear in mind that their starting point was that they were both in reasonably well-paid jobs, they had a home of their own, and there were many choices open to them.  So these are not people coping with poverty and all that brings with it – a whole different kind of frugal.  But given that, I find their choice to live thoughtfully and mindfully about what they’re spending money on both refreshing and empowering.  And the fact is that their frugality has put them on a path to a much lower carbon footprint than most of their peers.  Plenty to think about there.

Down to Earth – Rhonda blogs in Australia about all sorts of things, principally things connected with her and her husband’s choice some years ago to live a simple life reflecting many of the principles and values I share.  I’ve read her blog for many years now, and although mostly I’ve been doing most of the things she does for a very long time, I still find it heartening to read her blog and be reminded that there are many others who share those values and principles.  She writes well, and I find her blog a joy to read, as I know do many others.

resilience.org – I’m not sure how to describe this blog/website.  Maybe the best way to start is to just dip in and see if you find any articles that are of interest to you.  It comes from the same place as the Transition Movement, and is about sharing ideas and theories and examples of the practice of adapting and adjusting how we live to look after the planet.  I find some of the articles fascinating, some boring, and some pretty ‘off the wall’.  You never know what you’re going to find there – just now I had a look for something you might like to start with, and to my surprise came across an article called Homegrown Collective Supper Club – about an initiative I’ d not heard of in nearby Bristol drawing together a number of projects I already knew about.  And now I can feel an idea bubbling away about something we could do locally…..

Now I've passed 60 I'm still doing all sorts of things I haven't done before, as well as carrying on with the things I already love. I live a happy life with my long term love Malcolm. In my blog I explore local and low tech ideas, food, growing, making, reading, thinking, walking, and lots of other words ending in 'ing'.
View all posts by deborah @ the magic jug →
This entry was posted in Climate change, Community, Inspirations, Poetry party, Reflections on life (and death), Seeing differently, Uncategorized, Whatever next? and tagged Bath City Farm, Build community, Community, Democracy, General Election, Listen, Look after the planet, Manchester, Poetry, Reflections, Take control, Voting. Bookmark the permalink.